The potential for the Boyne Greenway cannot be overstated enough. It will be transformative for the entire region and will no doubt attract a huge number of visitors from all over Ireland and Europe, as well as being a great amenity for locals. There are a significant number of ancient and historic sites to see, and with potential future links to the Dublin to Galway Greenway and the Fingal Coastal Way, we could be at the centre of a top-class network of greenway routes. At a time when investment in sustainable transport and the development of greenways is happening at a rate never before seen around Ireland, the Boyne Greenway is one that needs to be delivered as soon as possible to truly reveal the potential of the Boyne Valley.

We have visited Greenways all around Ireland including the Waterford Greenway and the Great Western Greenway, and we firmly believe the Boyne Greenway could rival anything in the country. The number of ancient and historic sites to see along the route is simply amazing, from the Ramparts in Navan, Dunmoe Castle, Ardmulchan, the Broadboyne Bridge, Slane Castle, Slane Bridge, Newgrange and Brú na Bóinne, the Battle of the Boyne, and Oldbridge House. Added to that, there is the potential to develop the full route of the Greenway past Navan to continue south to Bective Abbey and Trim Castle, and eventually link up with the Dublin to Galway Greenway further south at Enfield or Longwood.

At a time when the demand for outdoor amenities is at an all-time high, the Boyne Greenway has the potential to deliver significant sustainable and social health and well-being benefits to the communities in the region. The Greenway would also help protect the environmental and natural habitats along the route, particularly close to the River Boyne itself and at the Brú na Bóinne region. It would provide clear and safe corridors for people and wildlife. The river is a beautiful area of natural beauty but it is largely inaccessible at parts. The Greenway will help to give people a better appreciation for the river and the environment around it, which will in turn lead to more families and children to care for its well-being. It will also help improve air and water quality along the river and provide enjoyable and safe options for transportation, which in turn reduces air pollution.

The economic benefits of delivering a high-quality Greenway in the region will be huge. The Boyne Valley is rich with cultural and archaeological heritage sites and has great potential to attract a huge number of visitors from Ireland and overseas on cycling trips, similar to the Waterford Greenway or the Great Western Greenway. A fully developed Boyne Greenway has the potential to not only equal the aforementioned established greenways, but in many ways surpass them as Ireland’s number one cycling destination, as in addition to some beautiful rolling countryside of the River Boyne valley it also offers a wealth of tourist destinations. In addition, the economic growth of the region will be greatly boosted by job creation through tourism, construction, accommodation, bike hire and repair shops, cafes and pubs. It will also attract new investment and home buyers, with an increase in land and property values around the Greenway.

The route options offer a variety of routes through different terrain with some running in the most obvious areas, while others provide some interesting alternatives. The routes running alongside the existing towpath or in close proximity to the river bank itself would appear to be the most feasible and would deliver the highest quality greenway experience. Navan Cycling Initiative’s comments on the route options, section by section, are given below.

Section A – Navan to the Broadboyne Bridge

The Green Route (A1) utilises the existing Navan Ramparts section and would be the most preferable, as it passes by landmarks such as Rowley’s Lock and Ardmulchan House. The left bank, Pink Route A2 is also a good option and it provides a very nice route through an existing trail with lots of woodland, as well as passing by Dunmoe Castle.

On first glance the Yellow Route (B4), on the right bank, would be the ideal route. Between the Woollen Mill and Beauparc House there is a trail close to the river bank which could be utilised. However, there would be potentially difficult land ownership issues at Beauparc House. With that in mind, crossing over the Broadboyne Bridge and following the historic trail of the towpath on the left bank, ie Green Route (B1), could be the better option. This would require a new bridge further on at Carrickdexter Lock back over to the right bank.

If the Yellow Route (B4) is preferred, it should be noted that opposite Slane Castle this Yellow Route cuts inland through fields instead of utilising the existing Slane Ramparts alongside the river. Ideally, NCI would like to see this yellow route continuing along the Green Route (B1) route along the river to the end point.

Staying on the right (south) bank of the river would be preferable, following the Blue Route (C3), as it avoids crossing into the lands at Brú na Bóinne, as well as avoiding the necessity to build two new bridges. It also utilizes the existing Rossnaree Walk, further down opposite Broe Lock. On this route, however, there could be potentially difficult land ownership issues, this time at Rossnaree House.

The Green Route (C1) could also be a good alternative option. It crosses to the left bank and again follows the trail of the historic towpath, passing through a large farm, before rejoining the right bank at the existing Rossnaree Walk. This would require two new bridges.

The Green Route (D1) runs entirely along the right bank of the river and would seem the most natural. It also follows the towpath at Staleen Lock.

The Green Route (E1) continues running north of the estate along the river and would appear the most natural. It should be noted that there is a section of the Green Route which would likely join the road just past the Obelisk Bridge. This is a very narrow road and will need special consideration, and there is unlikely to be any room to make it wider given its proximity between the river and the canal. As it stands the road has a lot of pedestrians and cyclists, and with the added greenway route, effective traffic calming measures and increased signage would be absolutely necessary.

See more on the Boyne Greenway and other greenways below. 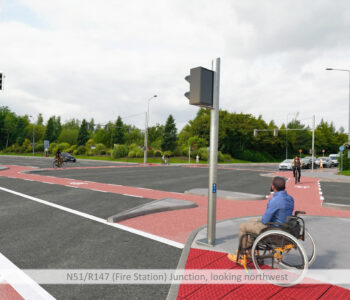 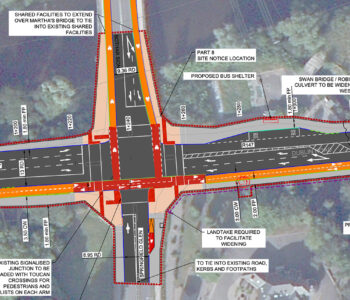 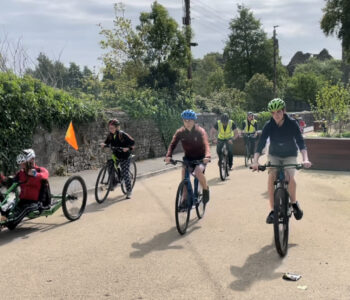 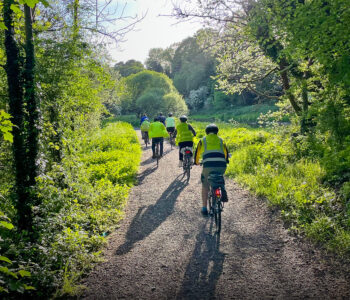 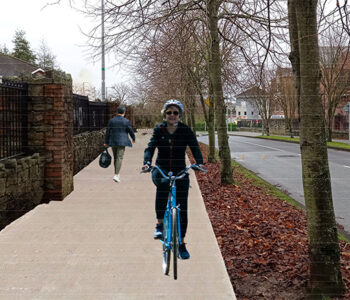 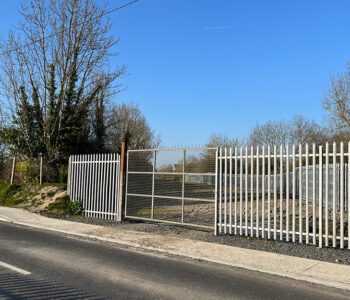 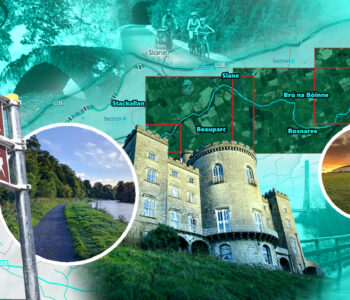 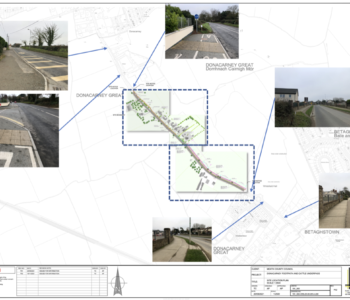