Market Square in Navan saw over 40 cyclists come together for a great day out on the bike. The music was booming as Navan Cycling Initiative recently held a cycle for all ages in the heart of the town. The cycle set off from Market Square and headed out to the trailhead of the Boyne Valley to Lakelands County Greenway on Ratholdren Road, with the aim of highlighting the lack of a safe connection to the new amenity.

Video courtesy of Meath Chronicle. Thanks to Gavan Becton

In some great news, the new greenway is finally set to see work begin on the Navan end in the coming weeks. Unfortunately, that’s where the story ends, because there’s no safe route from the centre of Navan to the greenway entrance. Which means families, kids and people of all ages and abilities may miss out, and it will remain disconnected from all the great cafes, restaurants and businesses Navan town centre has to offer.

Not only that, but there’s no option to cycle to schools or leisure amenities in the Ratholdren Road area – St Paul’s, Scoil Naomh Eoin, Aura Leisurelink and Blackwater Park.

Navan Cycling Initiative have asked Meath County Council to fast-track cycle lanes as a matter of urgency on this road. However, the answers have not been forthcoming, and the Council have said a connection will be provided when the new LDR4 bridge beside the park is built, but that is unlikely to happen until some time in 2025, at the earliest.

We have engaged with local Councillors and politicians – including Cllr Yemi Aenuga, Cllr Eddie Fennessy, Cllr Emer Tóibín and Senator Shane Cassells – all of whom have experienced cycling on this road with us, and all expressed support for the need for cycle lanes here.

We have met several times with St Paul’s Primary School, hosted public meetings, organised surveys, held workshops, and engaged with local residents. St Paul’s, in particular, have expressed strong support for the proposals, as with over 700 students in the school there is currently a very low number of school kids cycling to school because it is just not safe. In a recent survey of over 90 St Paul’s parents (see below), over 90% said their kids would cycle to school if there was safe cycling routes.

We urgently need to see cycling infrastructure put in place on Ratholdren Road. The benefits will be huge, from a proper connection from the greenway into the town centre, to safe routes to schools, to the biggest park in the town, and 100s of houses in the area. Traffic congestion is a serious issue in the north of Navan and is only going to get worse unless alternative modes of transport are catered for.

We are calling on Meath County Council to deliver fast-track or ‘pop-up’ infrastructure, as has been delivered in many other counties across Ireland during the last few years, to enable walking and cycling in the Ratholdren Road area. This can be done quickly and safely, and at low cost.

As our recent cycle to the new greenway showed, the demand is already there for people who wish to cycle as a main mode of transport. How many more people would switch the car for the bike if it were made safe to do so?

Examples of quick build cycle lanes in Ireland; how this could work on Ratholdren Road 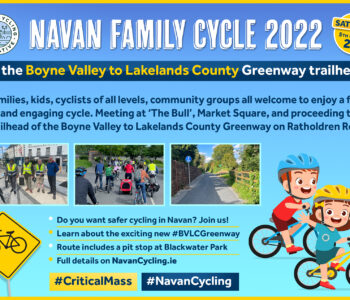 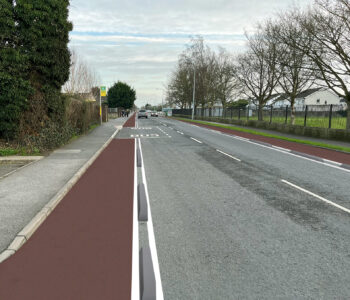 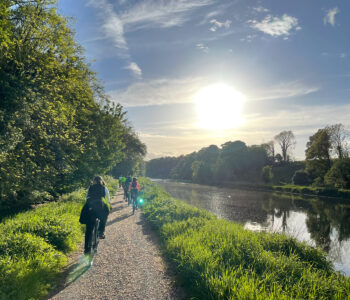 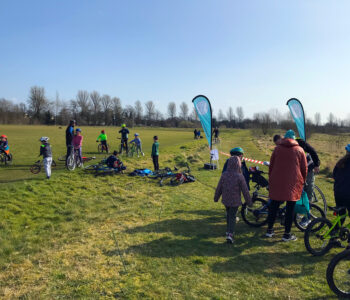 Photos: A Great Day Out… 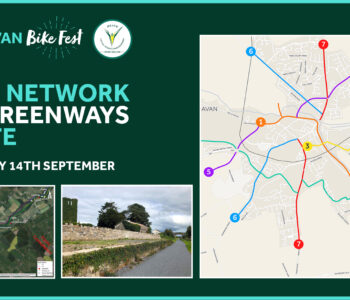 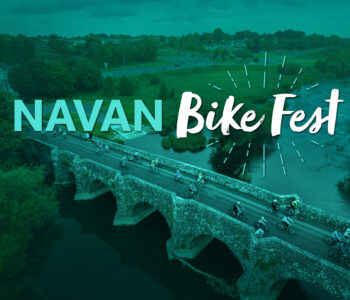 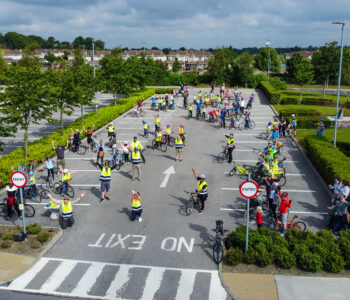 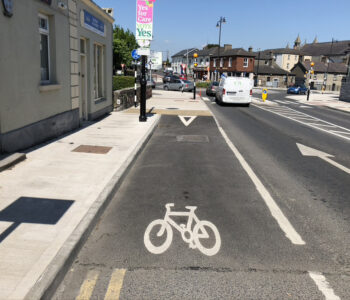 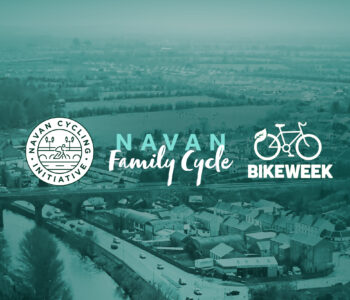